Ending and Recovering from Marine Debris

Follow
We need to change the impact of products entering in the oceans, reduce the input of such products, and extract the debris that is already there.
Open for Entries

The ocean is downstream from everywhere else on Earth. Many major river systems and waterways in population centers have a direct path to the oceans, resulting in more than 5.25 trillion pieces of plastic debris weighing over 250,000 tons, among other trash, being deposited in the ocean. Marine debris continues to rise as a result of increased human activity in river basins and ineffective waste management systems across the globe. This has led to debris (including clothing fibers, plastics, and other pollutants) conglomerating in massive ocean garbage patches. These patches are a challenge to address as a result of the composition and depth to which the trash penetrates. Plastic marine debris breaks down into smaller pieces until they are microscopic and distribute throughout the water column. These areas are in the global commons, and, with no clear owners, responsibility is diffuse.

Reduce plastic marine debris in the oceans by 90% in 10 years, and undo the harm that has already been done. The Marine Debris Grand Challenge focuses on the three elements of the input system:

Around 80% of marine debris floating in the world’s oceans is plastic. Although most marine debris is from the land, an additional source is from galley waste and other trash from ships, recreational boaters and fishermen (nets and floats), and offshore oil and gas exploration and production facilities.

At present, 15–40% of littered or dumped plastic enters the oceans every year. More than 5.25 trillion pieces of plastic debris are currently in the ocean, increasing by 4–12 million metric tons per year, with an average of 13,000 pieces of floating plastic per square kilometer of ocean. However, the exact quantity of particulate plastic (or microplastics) in the ocean is still unknown and difficult to measure. Ocean plastics break down into smaller pieces until they are microscopic. Scientists still do not know where more than 99% of ocean plastic debris ends up, how long it takes to degrade, and what impact it is having on marine life. What is known is troubling. 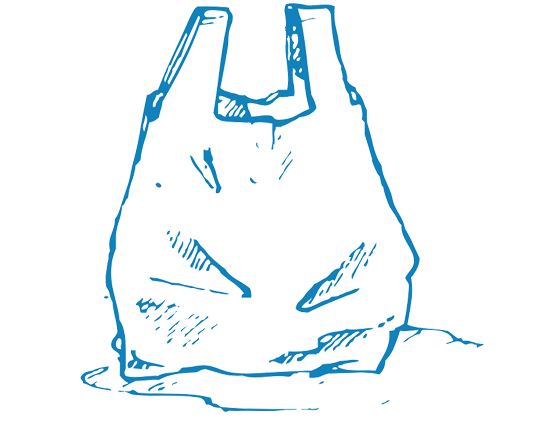 Ocean plastics absorb chemical pollutants, becoming highly toxic. Studies have shown that the concentration of toxic chemicals, such as PCBs and DDT, can be up to a million times greater in plastic debris than the concentrations found in seawater. Such large and small debris are eaten by sea life, including fish, sea birds, turtles, and marine mammals, introducing toxins into the food chain, and causing problems through blockage or perforation of the digestive tracts of sea life. According to recent papers, many more organisms ingest small plastic particles than previously thought. Floating debris can also negatively affect physical habitats such as clogging up coral reefs or mangroves, reducing their productivity.

Despite efforts toward standardized waste management in North America and Europe, the net amount of nonbiodegradable matter entering the ocean continues to grow. This is especially true for Asian and Latin American countries where growing participation in consumer economies outstrips the capacity (or frequently the existence) of waste management facilities. No nation takes full responsibility for cleaning up marine pollution in international waters. Even if a country were to do so, the clean up would only temporarily solve a fraction of the problem, as existing waste disposal patterns would soon replace what was removed.

Submit a Project to the Ending and Recovering from Marine Debris