Illicit wildlife trafficking is valued at billions of dollars a year. An important element of such trade has been the luxury market for products from the sea. This includes demand for pets, health products, and food. In East Asia, population growth and the burgeoning middle classes have led to rising demand for exotic and luxury products, as well as for greater production of protein. The supply chain for seafood products involves a complex web of middlemen that facilitate the entry of illegally caught and sourced seafood into the mainstream market. Challenges for illegal fishing include monitoring fishing activity at the source, creating more efficient tracking and enforcement mechanisms to prevent illegal fishing, increasing barriers to entry for illegal fish products into global markets, and influencing consumer demand through marketing and behavior change.

Wildlife trafficking is not only decimating the wildlife populations of critical species with spillover effects that disrupt entire ecological communities, it is driving some species to extinction. The business of trafficking has undermined the rule of law and promoted corruption, compromised national security of nations, and hindered economic development. The trade of trafficked wildlife has become extremely lucrative, with certain wildlife products even exceeding the value of gold, platinum, or diamonds in end markets.

The emergence of the middle class in Asia and other places in the developing world has placed new demands on fisheries. First, rising wages have increased pressure for cheaper and higher quantities of seafood. At the same time, growing wealth and a desire to demonstrate status is also driving demand for luxury seafood delicacies such as shark fin, sea cucumber, sea urchins, and fish swim bladders, particularly in South East and East Asia. These twin pressures increase the incentive for illegal as well as over fishing. The developed world also contributes to marine wildlife trafficking and illegal fishing through the pet, curio, and food trade.

Globally, the expected financial loss due to unreported and illegal fishing ranges from $10 billion to 423.5 billion worldwide. Developing countries with poor governance records are more vulnerable to illegal activities, conducted by both their own fishers and vessels from distant nations. The solutions most often proposed to eliminate illegal fishing increase governance and the rule of law through better cooperation and data sharing between regional fishery management authorities, increased capacity for surveillance and enforcement, and reducing the economic incentives and demand to engage in illegal fishing.

Global financial loss estimates due to unreported and illegal fishing ranges from $10 billion to 423.5 billion 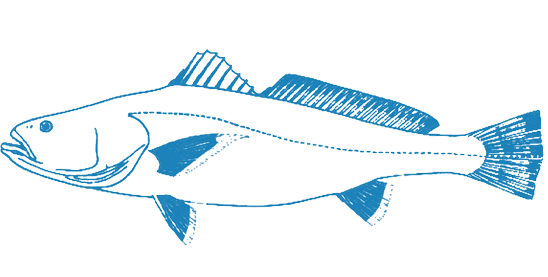 Within the luxury seafood market, demand for one item—shark fins—is declining in China due to a series of successful campaigns focused on consumers. However, demand for other products, such as sea cucumber, marine turtles, sea urchins, manta gills, and swim bladders of the Totoaba macdonaldi (a species of fish endemic to the Gulf of California) is increasing. There is also a significant international trade in live marine animals. It is estimated that there are up to 30 million fish and 1.5 million coral colonies traded in any one year. Most of the demand comes from the United States, EU, and Japan, which account for over 80% of the trade. Other species are also kept as holiday curios, such as sea horses, which are also collected for the medicinal trade. Sixty-four million seahorses are taken from the wild every year, although some organizations claim the number is as high as 150 million killed annually. Seahorse fisheries have reported a decline of 50% in the last five years. Dried sea horses are sold in shops as curios within England, the United States, and Australia, but most originate in Asia.

Submit a Project to the Ending Marine Wildlife Trafficking