Increased ocean pollution, mixed in with rising global temperatures and raising concentrations of carbon dioxide in the atmosphere, which is being absorbed by the oceans leading to increased PH levels, have all resulted in devastating effects on marine environments and ecosystems. The world's oceans are exploding with dead zones, regions where the water is so depleted of oxygen that fish and other sea life that live near the bottom cannot survive. Dead zones are human-caused. They occur when crop fertilizer and cow poop, containing high levels of nitrogen and phosphorous, get washed into streams and rivers and out to the ocean. The nutrient-rich farm runoff triggers huge algae blooms. When the algae dies, it sinks down to the bottom of the water. Bacteria living in the water decompose the dead algae, and use up the oxygen. Without enough oxygen in the water, fish and shellfish suffocate and die. These dead zones can spread across thousands of miles, but are hard to detect from the surface and require special sensors to be dropped to the sea floor to detect and study them All of these factors play a direct role on the economies of populations living around these areas, since fisheries can no longer catch fish, and the lively hood of many will be threatened. Indirectly these dead zones can threaten marine life indigenous to the area, and in some cases cause irreversible damage to these ecosystems.

To solve a problem we must first fully understand it, and to do so we need to collect as much data as we can. Currently this is done by marine research scientists using large and expensive research vessels, expensive and specialized equipment, and a lot of time at sea, in order to study a relatively small area. These expeditions can cost from hundreds of thousands to millions of dollars for a one time study. After this data is collected, it might take months until it is fully analyzed. Our goal is to develop modular marine sensors that are low cost and can be deployed globally, and will collect data continuously, the data is then uploaded to a database on the internet, where anyone can access it. the sensor system is based on a relatively small solar powered buoy equipped with: -PH sensors -Oxygen sensors -Temperature sensors -Accelerometers -GPS -Tide and current speed and direction sensors -Salinity sensors -Digital microscope (which periodically takes pictures of water samples, to view microorganisms present in the area) most of these sensors are already available at low cost, but for the ones that aren't, we will be developing our own. Not all of the sensors will be in the buoy itself, but some will be distributed at different depths, allowing more precise data to be collected. The data is then transmitted to satellites or on shore receivers, which then directly upload it to the internet, where scientists from around the world can view, analyze and study the data. 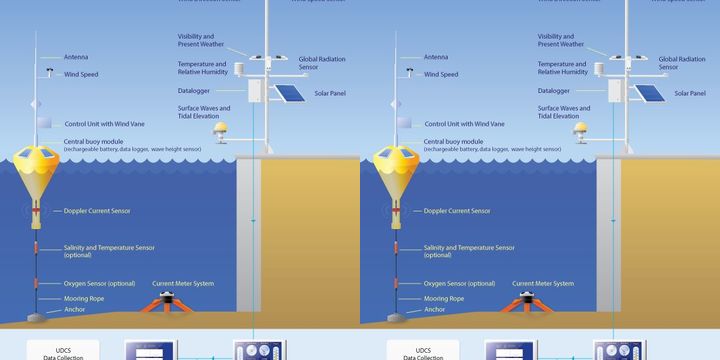 Developing our own low cost sensors, in addition to making the system rugged, easy and low cost to deploy and maintain, will be one of the biggest breakthroughs in the field of oceanography. In addition designing the system in a modular way, would allow for easy addition or changing of sensors, without the need to replace the whole buoy. Since the system is modular, new sensors and capabilities can be easily added and integrated into the system (eg. wind speed and direction sensor for renewable energy potential studies) Making the data available online and having our own API, would allow third parties to develop technologies and algorithms from our data. Scientists and engineers will be able to focus on analyzing the data and developing solutions, instead of spending most of their time going out to sea to collect the data as they do now.

-develop and deploy new sensor and communications technologies by the end of 2019 -sell 500 units by 2020 -develop an open source community around this technology where 3rd parties can develop their own sensors and attach it to our system -subscription based API access and database access (optional in order to provide funds for maintaining database and communications systems) -develop other low cost technologies for environmental monitoring technologies (GPS trackers, UAVs, ROVs, cameras, sensors, etc...)

space and expertise are available but we need some funding to buy machining equipment to develop and manufacture everything in-house.