Not for profit, Open source, Market Shaping Phase, Eager to add new members
Other Other Other
Follow Request to Join
Shooting lasers at frogs to help them beat the chytrid fungus

The chytrid fungus is known to cause sporadic deaths in some amphibians and is contributing to the decline of amphibian populations on multiple continents, including causing many species to go extinct. The fungus is thought to affect about 30% of amphibian species worldwide. As conservation biologists try to track its spread and diagnose individual frogs, they’re hampered by slow, expensive methods that require them to handle and swab each frog. They could be much more effective and less invasive to the frogs they’re trying to save if they had a stand-off, instant diagnostic tool to determine which frogs are infected and which aren’t.

Many fungi have the property that they fluoresce when hit by ultraviolet (UV) light - like a white t-shirt under a black light at a rave. Farmers use devices based on this principle to diagnose whether fungal infections have infiltrated their wheat crops or vineyards. Bat biologists have begun using UV light to detect fungal infections among bats. FrogScope would extend this idea to frogs and the chytrid fungus. By shining UV light on frogs and observing whether their skin fluoresces, FrogScope will detect the presence or absence of chytrid instantly and without touching the frog. By using a portable version of FrogScope, biologists could track the spread of the disease in the field, and customs officials could quickly scan amphibians crossing borders to detect infection and eliminate new pathways and introduction of the disease. We have experimentally determined that the chytrid fungus in isolation does fluoresce strongly when exposed to UV light, an important proof of principle. 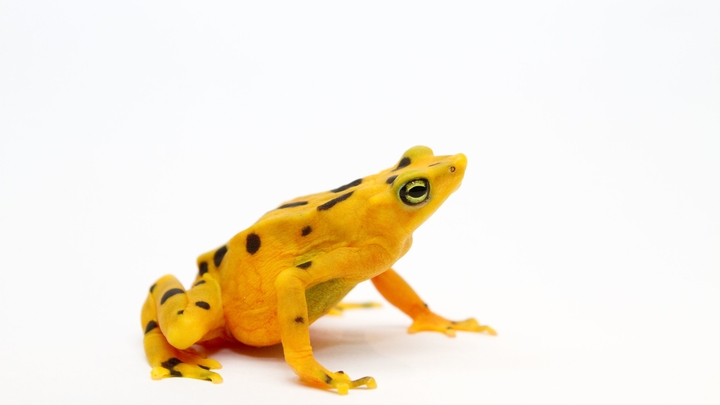 The chytrid fungus will fluoresce under UV light when it is present on a frog, not only when it is isolated.

This fluorescence will be bright enough to detect with a device placed approximately 1-10 meters away.

There will be a safe and effective way to use the device in the field for diagnosis that does not endanger the frog’s life.

There is a market for portable chytrid identification devices.

Despite the prevalence of the chytrid fungus and the magnitude of its impact on the global frog population, a handheld tool for chytrid diagnosis does not yet exist. This leads researchers to continue using costly, time consuming chytrid diagnosis methods. Creating the FrogScope provides researchers with a low cost, easy to use, rapid tool that will allow infected specimen diagnosis in the field and in the laboratory.

Optics and circuit materials for the construction of the device. Low-cost microcontroller to be used as a driver for the circuit, and necessary programming. Advanced knowledge of circuitry, optics, and frog/chytrid biology. Ideas on how to maximize the FrogScope’s use and provide technical expertise. Troubleshooting and improving the laser signal.