Although new advances in science and technology have significantly advanced the ability of conservation professionals and biologists to detect, monitoring, and assess the status of rare and endangered species, each technology or technique has its own set of advantages and disadvantages. For example, although camera-trap technology has evolved to power-efficient, high-performance, high-capacity storage, digital platforms capable broadly surveying terrestrial fauna, they are relatively expensive to deploy in meaningful study designs, need to be maintained over time, are prone to failure due to local climatic conditions, and are frequently susceptible to theft and/or damage. Likewise although detector dogs are extremely reliable and powerful tools, they are more expensive then cameras, require more long-term maintenance, and cannot be deployed under all conditions if the safety of the animals are an importance concern. A more pressing conservation challenge for the world includes the lack of a cost-effective early warning systems for detecting invasive species in terrestrial environments (and possibly aquatic ones?), including under the conditions and vehicles leading to their spread. And finally, perhaps most significantly, there is a need to detect those places and locations where illegal wildlife products *have been*, not just where they are, so local law enforcement can be more effective at identifying and tracking wildlife criminals.

Wild N.O.S.E. (Next generation Olfactory & Scent Evaluator) seeks to (1) address the challenges of monitoring, detecting, and assessing the status of populations of cryptic species in remote and difficult terrain by adding to powerful new tool the conservation technology toolbox arsenal, and (2) address the shortcomings in technology and innovation to effectively reduce and/or eliminate the illegal trafficking endangered wildlife by providing law enforcement with an adaptable handheld device that can detect the recent presence of one or more species. This would be a robust, low-cost, portable, multi-purpose device - an artificial "dog nose" of sorts - that unlike a scent detector dog can function in all conditions to confirm evidence of the presence of wildlife and animal parts. For example, a version of this device could be effectively used to conduct surveys of pangolin burrows and the recent presence of hunters to help determine which areas are occupied in a fraction of the time and cost it might take using either cameras or scent detector dogs. It could allow us to detect the arrival of invasive species in a terrestrial or aquatic ecosystem at levels or concentrations low enough to still engage in meaningful, preventative action. And perhaps most critically, this device would permit the identification of where animal parts have been, not just where they are, as too often wildlife officials get to a stockpile too late, and have no evidence to show for their efforts. 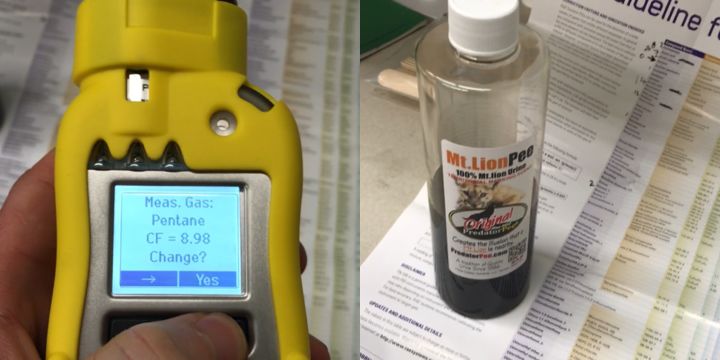 No effective analog or parallel exists

The technology and/or some effective derivative of it is affordable

No technical expertise will be required to operate it

Reference thresholds for detectability can be reasonably established

Despite occasional talk of an "artificial" or "electronic" nose, the potential military-grade olfactory assessment device and its transformative potential to addressing multiple conservation challenges has likely been lost on most professionals. There is also a tendency for the conservation community to focus evolving existing technologies, rather than developing new tools from the ground up. The technology to detect trace chemical signatures of a diversity of compounds is already highly advanced. For example, detection of dangerous chemicals the human nose cannot register is already commonplace, including detection of explosive materials in sensitive areas. Big design challenges likely relate to portability, multiple functionality, and performance heterogeneity. Another major limiting factor is the lack of a reference library of critical scents matching high priority target species, and the need to establish threshold concentrations for detectability under different conditions.

I am hoping the Wild N.O.S.E. is the first of a series of technologies and products that will spring our of new collaborations between S.P.E.C.I.E.S., CXL, WildSpy, and other efforts, and LED by frontline conservation efforts and programs, under a new, hybrid umbrella. I see this umbrellla as a company that can market and scale up new ideas and solutions to address challenges in three key areas: (1) human-wildlife conflict, (2) illegal wildlife trafficking, and (3) wildlife surveys, monitoring, and tracking. We hope that the deployment of Wild N.O.S.E. will lead to hundreds of law enforcement arrests per year that might not otherwise have been possible, hundreds of surveys of endangered species not otherwise possible previously and detecting thousands of individuals, and tens of millions of dollars in economic losses prevented by stopping the spread of endangered species. Ideally we'd like to have 1000s of these devices operational and in the hands of end-users within 3-4 years.

Immediate access to technical expertise is CRITICAL to knowing quite thoroughly what is and what is NOT possible with existing designs, where ultimately the technology may ultimately be headed, and to identify areas of more ambiguous possibilities needing further scrutiny that relate to the conservation challenges detailed herein. 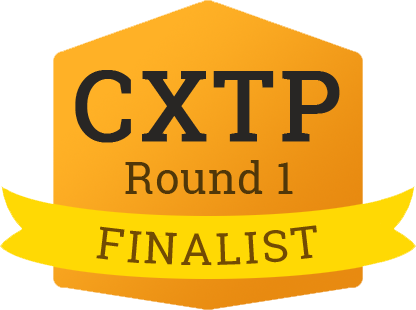 For now, S.P.E.C.I.E.S. This will change however.
or
DISCUSSIONS & TASKS
IN AREA / PROJECT