Not for profit, Open source, Market Shaping Phase, Eager to add new members
Other Other Other
Follow Request to Join
Hi-Tech Animal Spying

There is no reason for accurately conducted experiments to fall short of their goal because of sub par technology. Camera Traps are an important resource for environmental researchers and need to be updated in order to produce accurate ecological data. They are prone to false triggers, which waste battery life, and are time-consuming when researchers have to manually sort through and delete the false positives. The cameras and PIR sensors on currently available camera traps can result in poor image quality, possibly making data unusable for research. We aim to remedy the lack of technical knowledge in the conservation field.

The Camera Trap 3.0 aims to modernize camera traps by including computer vision, wireless connectivity, solar power, and a wide angle camera. These technological advances will allow researchers to focus on their experiments rather than troubleshoot their gear. The computer vision software automatically selects relevant captured images, ignoring false triggers and making gathered data more reliable. Wireless connectivity will allow researchers to access their pictures remotely, and solar power will extend the camera trap’s battery life. A wide-angle lens will extend the field of vision, making it easier to capture images of elusive species. The Camera Trap 3.0 will be built using open-source technology, enabling future users to add sensors and modules according to their needs. 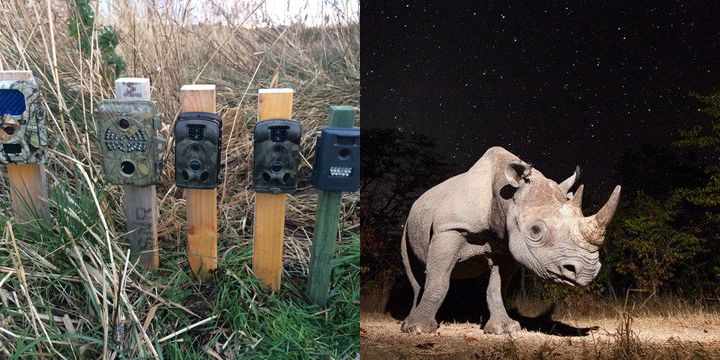 The needs we address in our first prototype are the most urgent needs.

People will be interested enough to modify the project.

The camera trap will be used by researchers and enthusiasts alike.

The main constraint of most current camera traps is that they are outdated, expensive, and prone to false triggers. The false triggers cause a rapid decrease in battery power and require excessive manpower to sift through photos. The Camera Trap 3.0 will harness the power of image recognition to automatically examine captured pictures for false positives, as well as use Wifi and/or GSM modules for wireless connectivity. By using open-source technology like Raspberry Pi and OpenCV, we ensure The Camera Trap 3.0 is low-cost but still technologically robust, and it can be used by NGOs and nature enthusiasts alike. The components used in The Camera Trap 3.0 are relatively inexpensive, further increasing accessibility. We accomplish these goals while maintaining the minimally invasive nature of traditional camera traps.

The NextGen Camera Trap Project will need prototyping materials like Raspberry Pis, cameras, and Wifi/GSM modules. The project also requires basic operational resources like electronic cables, computers, access to software, and lab space. In terms of skills and knowledge, we would like members of the community with hardware/electronics experience to work on the camera trigger system and the operation of the camera trap with the Raspberry Pi. We are also looking for members of the community with experience in computer vision, machine learning, operating systems, and programming. Ideas on how the Camera Trap 3.0 can improve, including which sensors can be added, are also needed, particularly from people who have worked with camera traps before and would like to improve their experience!