For profit, Unknown IP model, Market Shaping Phase, Open to new members
Other Other
Follow Request to Join
A pocket garbage bin that is used to store small personal wastes like chewing gum, cigarette butt and so on that can be carried at all time.

According to Chemistry About.com, chewing gum was originally made from tree sap called chicle, a natural rubber, and sometimes various waxes. But After World War II, chemists learned to make synthetic rubber, which came to replace most natural rubber in chewing gum (e.g., polyethylene and polyvinyl acetate). polyvinyl acetate (a type of plastic) is manufactured using vinyl acetate, a chemical shown to cause tumors in lab rats. In fact, in 2008 the Canadian government was so concerned about vinyl acetate used in the production of chewing gum that they added it to a list of substances to be considered toxic. However, according to the article, government regulators were forced to back down due to industry pressure. Where does (plastic) chewing gum go after it’s ABC (already been chewed)? Is it flushed down toilets? Washed down storm drains? just one more source of non-biodegradable plastic in our oceans? The answer to this question is not pleasant to hear. Most small wastes like this one are hard to collect, so they are un-dealt with. This will harm the environment big time because these unmanaged used chewing gums easily convert to microplastics especially when they end up in the oceans. 80–90% of chewing gum is not disposed of properly and it's the second most common form of litter after cigarette butts in the world.

The filters on cigarettes – four-fifths of all cigarettes have them – are made of cellulose acetate, a form of plastic that is very slow to degrade in the environment. A typical cigarette butt can take anywhere from 18 months to 10 years to decompose, depending on conditions. Thus, when smokers discard their butts improperly – out car windows or off the end of a pier or onto the sidewalk – they are essentially tossing these substances into the environment. While individual discarded cigarette butts may be small, they add up to a huge problem. Some 5.5 trillion cigarettes are consumed worldwide each year. So, one can imagine the harm it does when all of them end up in our environment because the collection of a cigarette butt is difficult. This project solves all these problems. A pocket garbage bin that is used to store small personal wastes like chewing gum, cigarette butt and so on that can be carried at all time. Meaning, a person who has a habit of chewing gum, smoke cigarette and many other habits can store his waste in his safe pocket and dump it in supermarkets or mall or any other place that is placed a special garbage bins that are designed to store only small wastes like cigarette butt, chewing gums and so on. This also helps, chewing gum manufacturers to use the collected wastes to use it for other different uses. When peoples make habit of using this product it will contribute to the safety of our world big time. 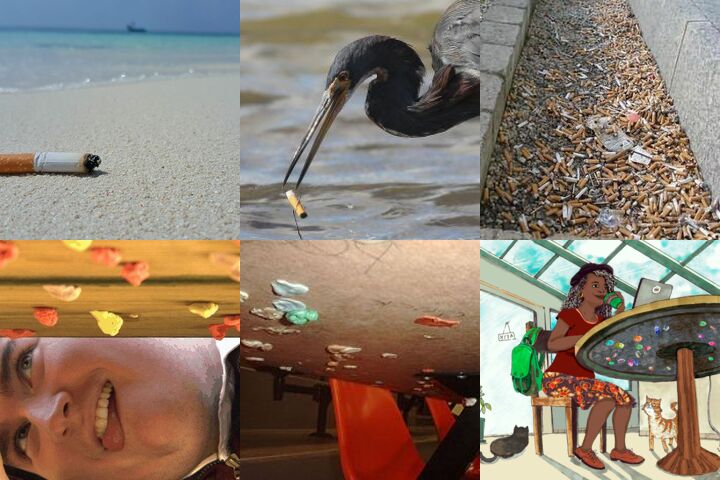 I am assuming that since the device can also store un-smoked cigarette, un-chewed gum, it will be useful to the customers too.

I am assuming that customers will make habit of using it after some time.

Currently, it is impossible to collect small wastes like chewing gum and cigarette but from garbage bin even if they end up properly disposed of in ordinary garbage bin. The alarming fact is that small garbage is the most harmful substances because they are very near to become microplastics. And they release harmful chemicals easily when they are microplastics. So, there is no denying that this project will have the highest impact on the conservation of the natural world. The management process is very simple. First, the end user disposes of their small personal waste in the pocket garbage bin. Then when the end user goes to stores or shoppes to buy new ones like chewing gum or cigarettes, the person will dispose of in the special small garbage bin. Finally, it is easier for garbage collectors to collect this small wastes without mixing with big wastes in assisting the sorting mechanism of garbage. Then the garbage collector will this sorted wastes to recycling companies.

The main question is how do you bring this positive habit in the society which is using this product. To answer this looking our past is one way to go. How cigarette become so popular in a very short period of time? "In 2014, smoking was found in 44 percent of all Hollywood films, and 36 percent f films rated for young people," the WHO says. Studies in the US have shown that on-screen smoking accounts for 37 percent of all new adolescent smokers. So, there is no question Hollywood films assisted the tobacco business and this will lead to a question of why not Hollywood films assist the conservation of the natural world by creating an impression of using this product as COOL. This can be done by making a famous actor or actress use the product on movies. Say the actor or actress dispose of her/ his used chewing gum in the pocket garbage bin instead of attaching it under the table in a bar or restaurant and other similar scenes on cigarette butts and such.

All the design has been done, the process for production has been designed step by step and the next step is building the prototype. I need funding to build the prototype. After the prototype has been made, I am planning to make a high-quality advertising video on a global standard that will make the product seen as cool and modern or simply CLASSY. I am planning to make a high-quality advertisement video in Ethiopia, which is where the product has been developed. There will be a considerable cost on making it because using a public figure or cool international figures will be promoting it. Then ad video will be aired in most watched international channels. There will be costly but it is necessary because the product sales depend upon the advertisement.

Save the environment Save the earth

Save the environment Save the earth