Not for profit, Unknown IP model, Market Shaping Phase, Eager to add new members
Other
Follow Request to Join
Fishing, diving? Let's face it - you're basically playing real-life pokemon go - so why not record the wonderful things you see? And help track climate-driven species range shifts at the same time! ;)

Facing the global biodiversity crisis is a shared challenge, requiring solutions from conservation & policy which can enable and further the small steps taken by everyday people. Despite 2011-2020 being declared the United Nations Decade on Biodiversity, as of 2014, efforts to reduce the increasing rate of biodiversity loss have been largely unsuccessful at the global scale. If current policy and action trajectories remain unchanged, it is unlikely we will see an improvement in the state of global biodiversity by 2020. In order to combat the species loss crisis, and given that at present more species remain undescribed than described, increasing efforts are being placed on monitoring existing levels of biodiversity. Misidentification of fish species has the potential to adversely affect stock assessments, diminish the likelihood of detecting shifts in abundance due to fishing or climate change; and lead to ineffective fisheries and conservation management decisions. It's time to move beyond awareness and on to facilitating action. With the ability to correctly identify and record the species we encounter in real time and space, this app further facilitates citizen stewardship within diving and fishing communities. To promote better stewardship we need to build on the ways that people interact with the ocean in their everyday lives (e.g. through fishing, diving or walking the beach), and provide them with easy access to the tools they need to take positive actions.

We will apply online shopping and machine learning techniques to utilise the existing FishBase database (www.fishbase.org; the world’s leading online encyclopedia of fishes) to make a user-friendly fish ID guide, which offers users the ability to 'select' and 'compare' potential species, along with viewing suggestions of what other users ID'd. For non-scientific audiences: 1. Enable the sport fishing and diving community to increase their familiarity with the species they target or observe. 2. Enable the marine community to keep records of their catches/observations in a species log. 3. Provide a hub for public awareness of species specific conservation & management (e.g. IUCN codes). For scientific audiences: 1. Provide crowd-source species occurrence data tracking migrations of species (both climate driven & invasive). 2. Combat the taxonomic impediment at regional by enabling access to species IDs in areas where experts are unavailable. Using the existing database (which is translatable into a number of languages, e.g. Indonesian, French), new filters will be applied enabling users to subset the database by a range of geographical scales, followed by key species ID filters. And, using a range of methods generally applied by online shopping sites - users will be able to 'shop' for their potential species: collecting likely species into a 'shopping basket' for closer inspection, seeing what other users 'ended up selecting', and logging a record of their final selections. 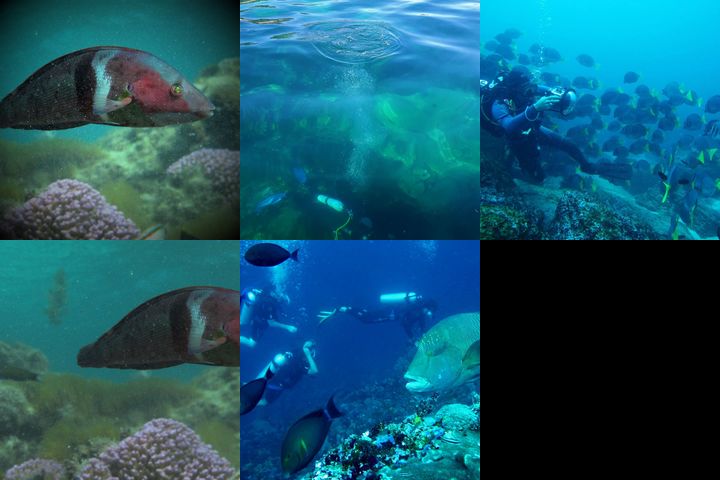 1. High quality ID images will be already present in the database or accessible from other sources; which are not already available in an easily-accessible or relevant field-guide form.

2. The app will provide an alternative to current (out-of-date from the moment of production) print-based field guides, or limited localized field-guide apps.

3. Users will prefer a digital means of identifying and recording species as opposed to print versions or regionally-limited apps.

4. Users in countries where digital fieldguides are not available in their national language will prefer this feature to purchasing apps which may only be available in English.

Regional fish field guide apps exist. But these are often restricted to small geographical areas, infrequently up-dated, and include only common fish and a sub-set of useful, species-specific information. Due to the high localisation of these apps, they are often restricted to a small number or languages, are not always available for free, and often only provide for communities in developed nations. FishBase is already up-and-running at the global scale, has data regularly up-dated from taxonomic databases, and is consequently translatable into a large number of languages including Russian, Spanish and Arabic. FishBase is managed by a consortium of scientists from across the world, ensuring a database which is full of highly valuable and scientifically validated information. Because of the large amount of support already garnered in the scientific community, FishBase is subject to less of the constraints which hinder smaller more localised apps from becoming more widely applicable.

1. Increase the number of devices/platforms upon which FishBase is currently accessible. 2. Provide the first digital, global, up-to-date fish field guide for users ranging from scientists to SCUBA divers, fishermen and beach combers!