Poaching of rhino's for their horns. Endangered rhinoseroces are hunted for their horns. Supersitious belief (in Asia) has it that the grinded horns are an aphrodisiac. People pay huge amounts for small quantities of grinded horn, which guarantees an income for the poachers.

My idea is to flood the market with imitation rhino horn. As rhino horn is sold as powder and is basically keratin, it is easely imitated by using cheap slaughter house waste like cow hoofs and sheep hoofs. The market can be flooded by this imitation rhino horn, using undercovers or secret service (as selling a fake product won't be legal). By flooding the market, the price will drop and end at a level where it is no longer profitable to hunt rhino's. Clearly, in the beginning this operation will be profitable too. 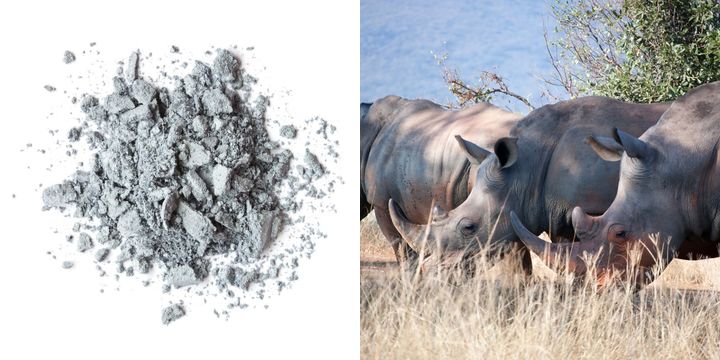 - keratin is cheap / a waste product of meat industry

- imitation rhino horn can be made of any type of keratin

- there are ways to bring imitation rhino horn on the market

- rising supply will lead to declining price below profitability

- imitation can be so good, that buyers will not notice a difference

1) The porduction of imitation horn, that resembles the real stuff. 2) Bringing the imitation horn on the existing black market for rhino horn. This probably needs to be a 'sting operation', an operation by the secret services of involved countries, will need undercovers. I have no idea how this market works, looks like, etc.