Palm oil is the world's most used and versatile vegetable oil, it is used in all sorts of products, all over the world. It is the most efficient way we have of producing oils on a given area of land. But this availability of oil has come at the expense of tropical habitats across the globe. Currently, an area the size of New Zealand has been carved out of rainforests to make way for oil plantations. This not only exterminates a huge array of plant species, but also eliminates the habitats of animals such as tigers, rhinos and orangutans. Removing tropical forest cover is also a major source of CO2 pollution and methane emissions. This clearing and burning has also led to massive forest fires which is causing health problems in areas were palm oil is grown.

I want to grow palm oil in the desert. There have been a variety of projects in recent years that have shown that is possible to grow a wide variety of crops under desert conditions. So far there have been no studies to show how palm oil trees would fair in a high temperature environment, such as that found in Egypt, but there are a variety of techniques that are worth testing. If we could grow palm oil in the desert, the reduced environmental impact could mean it could be sold at a premium (in the same way as organic products), and may be able to side-step boycotts (particularly in the EU), allowing it to easily compete with tropically-derived oil. I would like to try and grow palm oil using slurries of sand, biochar and partially treated sewage. 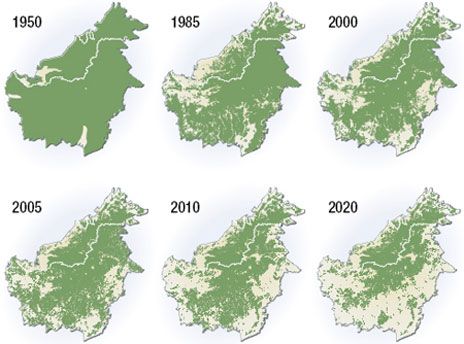 I assume that if I can grow the trees in desert conditions, that they will produce oil at an acceptable efficiency.

I assume that if I could grow palm oil affordably, that there would be demand for it.

I assume that, by using human sewage as a fertiliser, that I could still sell palm oil for products not meant for consumption, such as biofuel or as solvents.

So far, it is not known how palm oil would fare in desert conditions. Whether the plants would survive being grown in direct sunlight at such high temperatures is not known. The reason it hasn't been addressed yet is that land has been so cheap in Indonesia and Malaysia, that issue has only recently been brought to broader attention in the West. If I can grow the plants affordably in those conditions, it will open up many other exciting options for where to proceed.

Patent a method for growing palm oil in the Egyptian desert. Establish a working palm oil plantation in the desert.

I need funding to buy 100-200 seedlings and a variety of equipment to provide various levels of irrigation and shading in a variety of ways. I would like to buy different types of shading cloth, as well as biodegradable containers in which I can plant the roots to cool down. I will also need drip-feeding hose system, and I would also like to purchase slips of vetiver grass, since it's ability to build considerable root networks makes it a great way to introduce natural carbon into sands quickly (provided it can survive). I would also like to use some native trees as natural shading.