Not for profit, Unknown IP model, We have developed a proof-of-concept of the core mechanism of our product., Open to new members
Other
Follow Request to Join
Programs that pay people to maintain ecosystem services are often inefficient and corrupted. We improve that by - for the first time - linking blockchain smart contracts to remote sensing algorithms!

Payments for Ecosystem Services (PES) schemes have recently become an important tool in environmental governance. In a typical scheme, landowners (PES sellers) receive payments to manage ecosystems and the services that they provide in a beneficial way. Payments are usually made by governments or by interested private sector stakeholders (PES buyers). A prominent example of PES are carbon sequestration payments, which incentivize forest owners to keep forests intact to store the sequestrated CO2 (e.g. the UN REDD program). Another example are wildlife conservation incentive payments, which reward landowners for maintaining biodiversity. In locations where the rule of law is not upheld and the banking infrastructure is poor, PES schemes can corrupt and the payments sometimes fail to reach the addressees. The efficiency and effectiveness of such programs is then undermined and they cannot reach their full potential.

We will build a blockchain-based application that makes PES more efficient and effective. For the first time, our application links blockchain smart contracts with remote sensing algorithms that detect land-use change. The backend of our application will have 3 components: First, an Ethereum smart contract that executes the PES payments. The execution is only authorized if land-use change in the specific case is below a certain threshold. This is determined by the second component, land-cover classification algorithms implemented on the Google Earth Engine (GEE) Python API. The third component links the Ethereum smart contract and the GEE Python API by using Provable (formerly Oraclize.it), a service that connects the Ethereum blockchain to external applications. In addition to the backend, we want to develop a convenient frontend using the Ethereum JavaScript Web3-API to make the application accessible for the broader public. We have already developed a proof-of-concept that successfully links Ethereum smart contracts to the GEE Python API. In order to illustrate the potential of this mechanism, we now want to implement a prototype using a real-world example. For this purpose, we are working with the WWF Namibia, which administers a PES scheme that rewards communities for maintaining the integrity of elephant corridors. The prototype will monitor the state of the corridors and execute periodical smart contract payments to the community if the corridor remains intact. 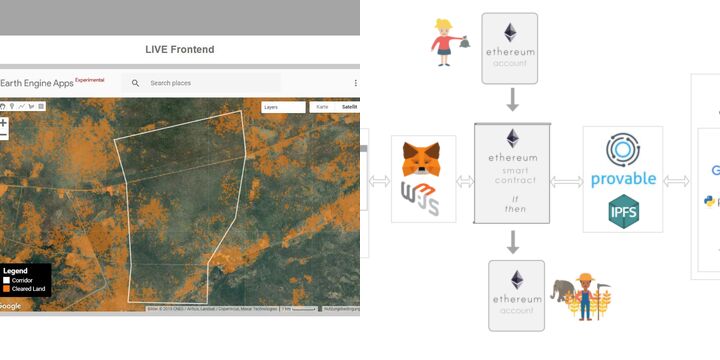 The value of the cryptocurrency Ether will maintain its current stability and the Ethereum blockchain will therefore be maintained.

The application programming interfaces (APIs) that we use will persist.

Potential end users are willing to use the product.

The added value of our solution lies in jointly addressing two big barriers of PES in developing countries: First, the efficiency of such PES schemes is undermined by inadequate payment channels that are either subject to high transaction costs or corruption. Second, the effectiveness of PES schemes is undermined because it is expensive to adequately monitor environmental performance. We improve PES efficiency by using Ethereum smart-contracts as payment channels. Ethereum smart-contracts are tamper-proof and will execute the contract code in any circumstance. This allows for the direct and incorruptible transfer of funds from e.g. an ecosystem services buyer in the global North to a recipient in the global South. We also improve PES effectiveness by integrating remote sensing algorithms into our application. This allows for automating the monitoring, thereby making payments conditional upon achieving predefined environmental targets on the ground.

We have already developed a proof-of-concept of an Ethereum smart contract that interacts with remote sensing algorithms on the Google Earth Engine Python API. We now want to build a prototype that is tailored to our example use case, the wildlife corridors in rural Namibia. Therefore, we need to refine the back end, including the actual smart-contract as well as the remote sensing algorithms. Finally, we want to build a front end for convenient interaction. 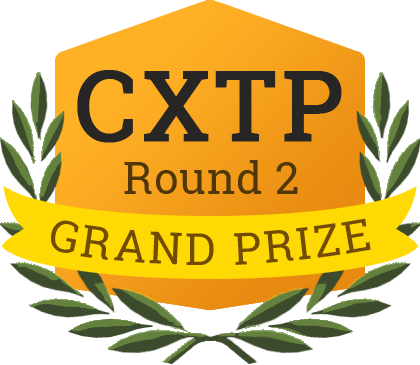