The release of plastic into rivers and the sea is a major issue that is being addressed by a growing number of concerned groups. https://endplasticwaste.org/answers/ The rivers of Asia are major sources of plastic. This issue is widely recognized by the public but there are no effective systems for dealing with the problem at the correct scale. This project has identified several approaches for addressing this issue.

When we came to look at the detail of the plastic removal challenge it quickly became clear that our original garbage star proposal was far too small for the task of removing plastic from large Asian rivers. But like all good setbacks it has provided key insights that light the way to better solutions and some new angles which are being explored. These are: 1. Cooperation with the Renew Ganga team in India, with a range of improvements to the proposed biofence systems. The modified biofence is a three-dimensional structure using locally made, quick-release, extruded plastic bars as the garbage capture grid 2. Bubble Barrier with groynes and other improvements - a large scale collection system for big Asian rivers See attached slides for more details The original garbage star concept fails for three key reasons. 1. A significant proportion of the plastic in a typical Asian river, 70-80%, is not floating, so would not be removed by the garbage star system 2. The bulk of the plastic that travels down a river moves when the river is in flood. 3. The amount of plastic that needs to be removed from Asian rivers is of the order of many tonnes per day 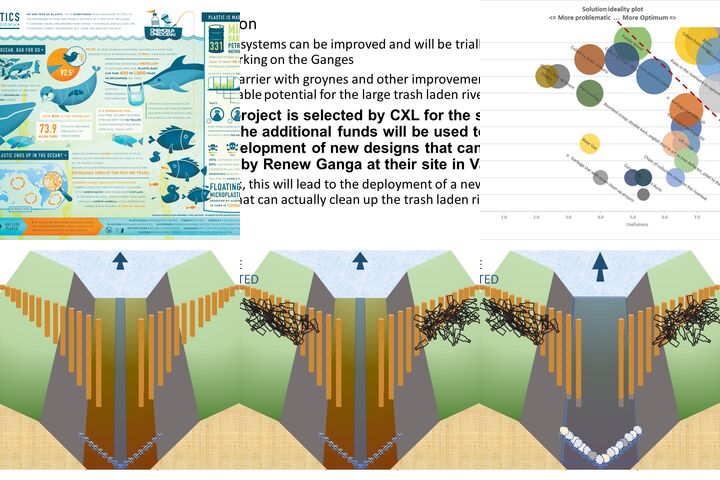 Quick low cost trials will identify the strengths of the design, and aspects that need further evolution. This can be done in the field with real users to build on their knowledge and experience

It is assumed that the Plastic Bank https://www.plasticbank.org/ model can be applied in areas where garbage collection systems are deployed

Large scale plastic debris removal systems will be needed in Asian rivers for years to come, as garbage collection systems are gradually put in place and behavioral factors improve

A quote from David MacKay Don’t be distracted by the myth that “every little helps.” If everyone does a little, we’ll achieve only a little. We must do a lot.

The river and ocean plastic problem will ultimately be resolved by effective municipal garbage collection. Until this is place, massive river collection systems will be necessary.

The plastic collected is very low grade and mixed with all other kinds of garbage. While some of this plastic can be used for the manufacture of diesel or extruded posts, much will end up in landfill

For the largest rivers, collection systems that do not obstruct the river traffic will be needed. The modified bubble barrier can be applied in these areas

https://endplasticwaste.org/latest/plastic-waste-along-the-ganges/ A link showing the work being done by the Project Ganga Team

Our original intention was to build a full-sized garbage star, 4m diameter, and to deploy it in one of the small lakes here in Kuala Lumpur. When we started the project in earnest, it quickly became apparent that a unit of this size was tiny compared to the size of the problem. After some thought we decided it would be better to not build a tiny solution. It would give the impression of progress but never collect a useful amount of debris. We focussed on the development and improvement of systems that could remove many tonnes of plastic from large Asian rivers. We identified two main systems that could handle large Asian rivers and hope to deploy the first improved biofence system with the Renew Ganga team in India in the coming months. River booms are large structures that do not lend themslves to scale models so we have focussed on identifying the limitations of existing systems and finding ways to overcome them. These designs are described in more detail in the attached slides

The next steps of our project are to continue to work with the Renew Ganga team. This will involve: • Discussing the design for the first biofences that they deploy on the site • Using field observations and practical results to improve the design • Initiating the conversion of collected plastic into extruded plastic sections (like lumber) which can be used for the construction of the booms and the production products which can be sold by the community. Once this is underway we will continue discussing the Bubble Barrier and groynes with the Bubble Barrier team in Holland. The treatment of larger width rivers is a challenge that has not yet been properly addressed.

If our project is selected for further support it will allow a lot more time to be spent on the topic. This will include engaging with more parties in the sector and finding new angles that can be improved. Collected plastic could be made into extruded poles and fittings could be made by the community operating the booms using extruders supplied by ‘Plastic Fantastic’, a plastics reuse project based out of Holland As well as being used to make the garbage collection systems, recycled extruded plastic posts could be used to make other products such as recycled plastic park benches that could be sold by the community. Selling and exporting the material away from the community would generate income and reduce the risk of using plastic building materials in local housing as it is likely to be a relatively flammable product. A River Ganges Park Bench would be an interesting product to promote. There is still a long way to go with this issue. 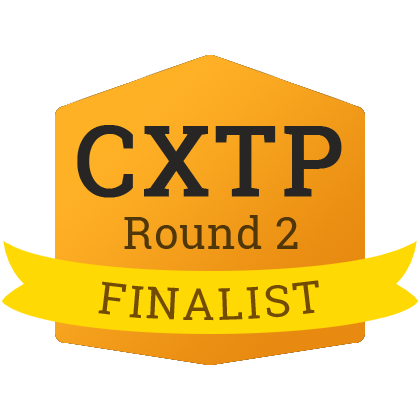