Not for profit, Open source, Validation Phase, Open to new members
Other
Follow Request to Join
Insects are like super small, but they are kinda keeping us all alive. It would be nice to be able sense their movements in thick forests without killing em all first. We are gonna hack mice to do it!

Camera traps, and other less invasive monitoring systems have been a staple of conservation as they allow us to monitor large vertebrates on their own terms. When it comes to much smaller animals, and especially tiny invertebrates, like insects, we instead have to rely on much rougher techniques. Much insect sampling requires capture at a minimum, and often much more invasive or destructive techniques. Sticky traps and malaise traps generally kill the creatures they track, and others often require habitat destruction as well, such as digging up soil or fumigating trees. These are invaluable sources of information, but they give us very basic information about the creatures, letting us just know about their presence or absence. These techniques tell us little about their activity, interrelations, behaviors, and how they might be thriving or not in different areas of even the same tree. Instead being able to sense the movements and migrations of tiny insects on a broad range of surfaces can help infom us about the health of ultra local populations over long duration of time. We may even be able to use the behaviors of insects monitored in real-time as sorts of ubiquitous, 6-legged canaries to inform us about sudden environmental changes. To do this, we will need to create cheap, modular sensors that can be placed throughout the forest (across a whole tree, down a vine, over the ground, or on leaves). that can report back to us the basics of animal traffic throughout a forest.

Hacked Optical Mouse Cameras (potentially with additionally Electromagnetic Field Sensing Filaments, and Laser Speckle.) Over the years I have tried dozens of different techniques for sensing ultra small organisms on arbitrary geometry (e.g. walking around on vines and leaves in the forest). It has proven an incredibly difficult challenge as most insects do not create the types or magnitudes of stimuli we typically use in sensing. Most of the insects we would hope to detect are: -Weigh very little -Are Ambient temperature -Surprisingly dry (so capacitive sensing is limited, though just barely feasible for larger things like bees) -Don't reliably cause large vibrations (piezo sensing has its limits here) -Very small (Most motion detection sensors cannot pick them up whatsoever) -Move fast -Are all over the place (thus one expensive sensor somewhere is NOT going to get them all) -Exposed to variable weather conditions (it rains in the rainforest) -cryptic coloration (a strike against computer vision) -variably illuminated (another strike against computer vision) -Move 3-Dimensionally on arbitrary surfaces (the biggest strike against typical computer vision) The advent of cheap drones, however, has driven high-resolution cheap optical flow sensors (basically optical mice) for flight stabilization at very low costs from 2-30 $USD (e.g. https://www.tindie.com/products/jkicklighter/pmw3360-motion-sensor/ ). We have had some success with these, but need more development.

We will be able to transfer the information from our sensors in a way also cheap enough to make a distributed system feasible.

The ability to detect something as small as an ant moving across three dimensional geometry in the wilderness.

We are somewhere between "Shaping and Validating." We have tried numerous techniques, and have a promising direction to go. Our next steps are developing the new prototypes using modern cheap optical flow sensors (we have used some older mouse sensors to a little success 5 years ago). We will -Build the sensor -Test its functionality -test numerous form factors in the field

We have set up our our Science+Technology Field station in Gamboa, Panama, and mostly we just need some money to fund development time (other wise other projects are taking precedent to pay the mortgage). We already have most of the materials on hand to design with. Our project will be entirely open-source, and documented online widely. 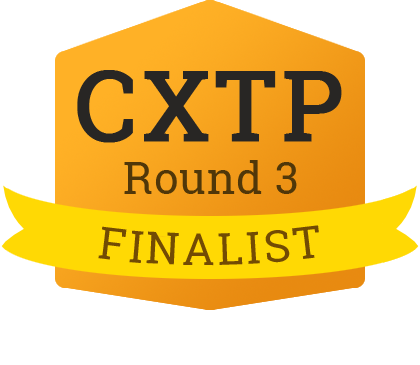 Nobody is the boss of me :) - our organization is "Digital Naturalism Laboratories"
or
DISCUSSIONS & TASKS
IN AREA / PROJECT