-- This article was originally published on Mongabay.com --

A new competition seeks ideas for tech solutions to a broad range of challenges facing conservation. The second round of the Con X Tech Prize encourages anyone to submit an idea for a new tool that could help resource managers, consumers, and decision-makers understand and address a conservation problem. Submissions are due March 20, 2019.

This second in a series of competitions run by the non-profit group Conservation X Labs is offering 20 awards of $3,500, each with a chance to win the $20,000 grand prize. The challenge focuses primarily on new ideas, said Tom Quigley, community manager of Conservation X Labs’ Digital Makerspace, so the group encourages teams or individuals to apply that have yet to create their first prototype.

Calling anyone ready to take action on a world-changing idea to collaborate, create, and catalyze new tech for conservation!

“We’re hoping to see new and innovative approaches, business and financial models, early detection and rapid response tools, and emerging technology, whether software, hardware, biological, chemical, or others we haven’t even considered.”

The challenge specifically rewards collaborative teams with experience in a variety of fields such as biology, sustainability, computing, engineering, economics, communications, behavior, and business.

The group started the Con X Tech Prize to encourage non-experts to develop and present ideas with potential to advance conservation to a tech makerspace community to give them early feedback. It aims to help beginning inventors overcome the often-intimidating process of finding the time, money, and know-how to convert a new idea into a working product or service. 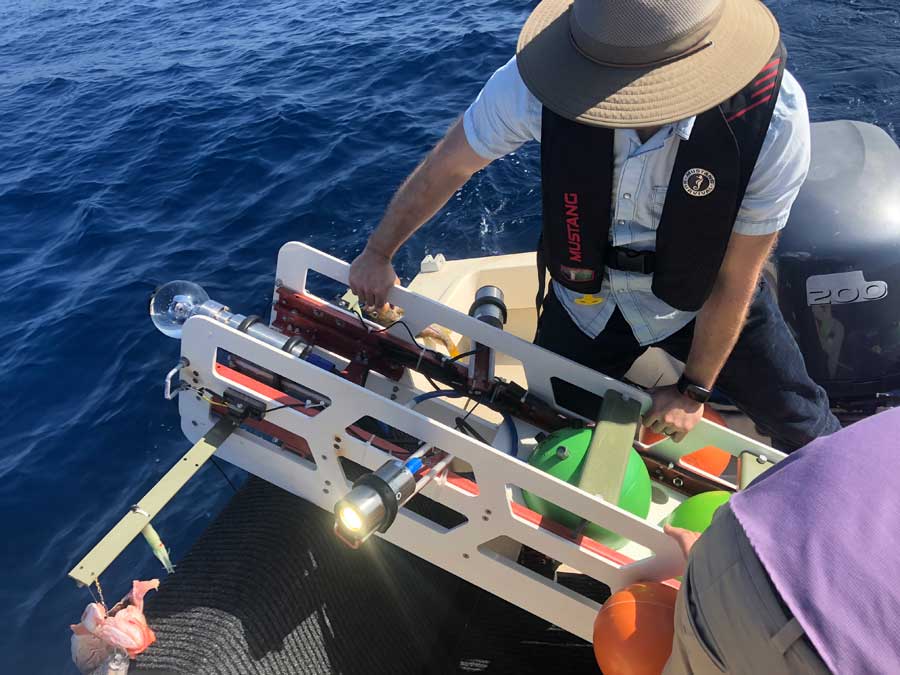 Winning proposals will receive funding for the teams to create first drafts (i.e. prototypes) of their conservation solutions and a chance to receive help from others. Most of the ideas would apply technology, typically to produce some sort of tangible hardware or software, to meet a conservation need.

This round of the tech prize accepts ideas for any conservation problem, with a particular focus on addressing threats from invasive species to native species and ecosystems.

Invasive plants and animals carried outside their native geographic range to places they don’t occur naturally can overwhelm a new ecosystem that lacks a predator or process that controls the invasive. Cats, rats, pigs, and dogs from Europe, for example, have wiped out small native mammals and ground-nesting birds in Australia, New Zealand, Galapagos, and other islands.

The first Con X Tech Prize competition, launched in mid-2018, also accepted a range of ideas with a focus on our oceans.

A team of ocean conservation enthusiasts at the non-profit Kolossal won the $20,000 grand prize for their invention and deployment of a low-cost, 360-degree deep-sea camera for use in virtual reality (VR) and aimed at transforming how we explore and monitor the poorly known environments of the deep ocean. The robotic camera is meant to operate automatically, like a camera trap, to detect deep-sea animals and human activity remotely. For example, the group plans to use the system to film the colossal squid, the world’s largest invertebrate, in its deep Southern Ocean habitat.

“The deep is alive, mostly unexplored, and worthy of protection,” said Kolossal CEO Matt Mulrennan in a statement. “This prize was amazingly important to develop an easy-to-use camera platform that could disrupt the outrageous costs of deep-sea research, and now we want to use it to find real, living sea monsters and help protect them.”

The 20 finalists in the first competition jointly awarded the “Lemur’s Choice Award” to Find Green, an app to help consumers find and promote businesses displaying sustainable practices, such as offering vegetarian options, minimizing plastic, and recycling. App users rate a coffee shop or café by answering questions on its sustainability, like a green “Yelp”. Their responses build a database that allows consumers to make more informed choices, encourages commercial waste reduction, and demonstrates market demand for sustainable practices that can incentivize more green businesses.

The group’s “Erasing Extinction Award” winner, cargoscreen, is an algorithm that screens specific data available on international shipping documents against a reference database to calculate the probability that a given shipment contains shark fins, the trade of which is illegal in many countries. It combines data on the vessel, trading countries, and commodities codes to calculate the risk of the shipment containing shark fins, the product selected for the proof-of-concept stage.

For the current competition, Quigley said, the group aims to fund “bold and scalable ideas that will have real-world impact to halt and prevent invasive species.” Applicants submit their proposals (by March 20, 2019!) through CXL’s Digital Makerspace, its online tech community platform that enables members to help each other, and each team member must register on the Digital Makerspace. Good luck!

Trained as a conservation biologist, Sue Palminteri seeks out and highlights new technology developments of use to conservation, for the Wildtech beat at Mongabay.