Spirulina: The New and Old Superfood

An aerospace engineer by training, he announced he was leaving his job with General Electric, moving to Southeast Asia, and learning to harness the power of algae. All of this change was for the sake of a resolution he deemed worthy: doing something on a large scale to remove carbon dioxide from the atmosphere. After a few minor and major obstacles, Saumil created a modern system with a small environmental footprint to mass produce a 3.5 billion year old product: spirulina.

After a couple of months of growing spirulina, the water in our tanks is not as hospitable anymore. We are searching for a low cost way to rehabilitate it.
1 Member
Eager to add new members
Immediate Needs:
Need technical experts to review our existing water characterization data and conceptual design, provide design inputs and guidance on a testing program. Skills and knowledge include chemical engineering, microbiology, and wastewater treatment expertise (specifically in the reduction of low concentrations of dissolved organic matter and shifting of high salinity and ion loads).
Follow Request to Join

Regarded by some as pond scum or green mush, spirulina has become the lifeblood of Saumil's company, EnerGaia. Spirulina is a mass of single-celled organisms (blue-green algae) with little smell or taste, but also a superfood chocked-full of protein and other vitamins and minerals. Harvested from ponds and lakes in the past by groups like Aztecs and human settlements near lake Chad, EnerGaia has created a closed growing system that produces contaminant-free, food-grade spirulina. EnerGaia converts CO2-loving single-celled organisms into tasty and familiar foods like pastas, bottled beverages, chocolate truffles, ice cream, and energy balls. Spirulina can also be used in fish feed for aquaculture.

Producing tasty spirulina-based foods can help address climate change and feed our growing human population. According to the Food and Agriculture Organization, the world's food production must increase by 70-100% by 2050. If the world continues to use the currently available technologies and food products, meeting this demand means clearing large swaths of the Amazon and Congo basin for agriculture. Ultimately, new solutions and new food products are needed to avoid widespread deforestation. CO2-consuming spirulina is one solution to meet the protein needs of the growing human population. Protein is one of the hardest parts, and existing sources like meats and fish will be incredibly challenged because of space, water, energy, etc. everything that's required. said Saumil.

Spirulina grown in the EnerGaia system requires very little space, and the tanks can be located in non-traditional farming locations like urban rooftops or on top of degraded spoils. Saumil realized that democratizing the growing process was also an innovative idea. This is a win-win. Rural farmers benefit from the added income and health benefits of consuming spirulina while EnerGaia benefits because they do not need to own vast tracts of land to create their product. Subsistence and contract farming all in one, said Mr. Shah. He added that the farmers don't have to sell their spirulina to EnerGaia but are free to sell to any other buyer. 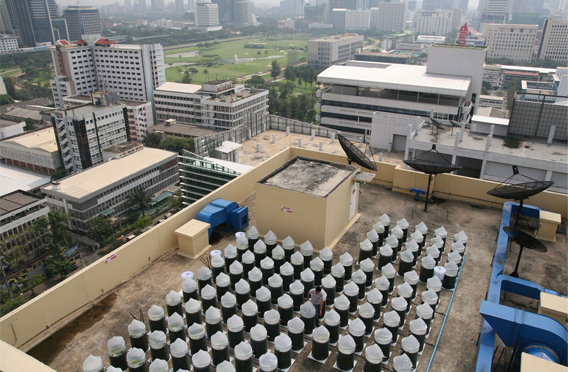 Spirulina ticks a lot of boxes--addressing climate change, food security, and economic development and livelihood issues, so it's not surprising that EnerGaia is looking to acale up. EnerGaia is currently part of Oceans X Labs, an accelerator program for ocean conservation solutions run by Conservations X Labs and the World Wildlife Fund. 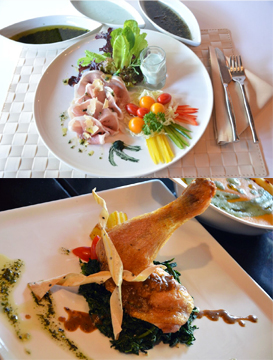 EnerGaia is turning to the crowd on the Digital Markerspace for help to make their bioreactor growing systems more efficient. EnerGaia's Media Water Recycling Project is looking for leads on the design of a multi-stage water treatment solution. In the coming months, the company will run a technology challenge on the Digital Markerspace for low-cost monitoring solutions. They will be seeking designs to help technicians understand in real-time the growing conditions in their tanks, harvest-readiness, and/or alert them to other potential problems.

Cumulatively, EnerGaia is making urban agriculture viable--enabling a food product to be grown and distributed in the world's rapidly growing urban centers. And for Saumil, this means realizing his 2008 New Year's resolution-carbon dioxide is food for spirulina.

Barbara Martinez is a conservation biologist and the Open Innovation Director for Conservation X labs.