If You Teach a Man to Make Fish Feed

It takes a lot of fish to feed a fish.

In the wild, fish like salmon consume other smaller fish and shellfish—a diet that gives salmon the reserves of nutrients and fat they need to swim upstream to their spawning grounds. It’s a diet that also happens to give salmon its reputation for being both delicious and highly nutritious.

As Americans consume more and more fish, and wild stocks of favorites like salmon and tuna are increasingly depleted, fish farming’s role in meeting the demands of our appetite will continue to grow. And what are these penned-in fish eating? Lots and lots of other tiny fish that have been ground up into a meal used as feed. According to the National Oceans and Atmospheric Administration, it takes half a metric ton of wild fish to generate one ton of farmed fish—which means that eating farmed salmon instead of wild isn’t necessarily doing the oceans any favors. Salmon can be raised without fish meal, but they would lose their familiar orange-pink tinge, a color derived from carotenoid pigment —which also give carrots their hue—found in their fish-based diet and the health benefits that come along with it. So what if instead of feeding farmed with with wild ones, we teach a man to make fish feed in a lab?

Instead of trawling for wild fish out in the ocean to make fish meal, Larry Feinberg wants to make feed in Lowell, Mass., where his biotech firm KnipBio is based. In a facility he describes as being more like a brewery than a lab, the company can produce fish food year-round without pulling anything out of the ocean or harvesting anything off of farmland. The trick? Bacteria.

Using the various tools of biotechnology, including genetic engineering, KnipBio can manipulate bacteria in very specific ways—”either giving them what they need or starving them of what they need,” as Feinberg said—to get a desired outcome. The process can produce those carotenoids, as well as other nutritional elements like amino acids, prebiotic compounds, taurine, protein, and everything else that a fish needs to survive.

You grow the organism, and there is nothing it wants to do more than grow...
Larry Feinberg [0] 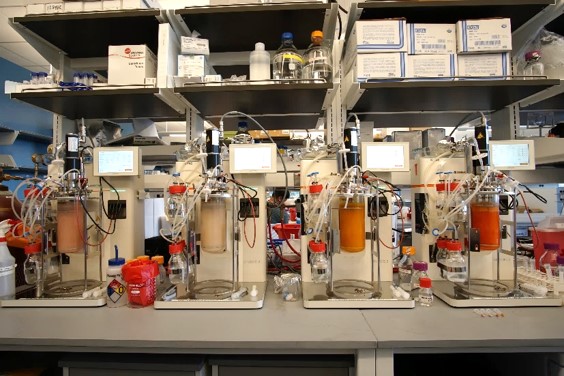 The process takes place in large fermentation tanks, where KnipBio feeds an organism with methanol. (In nature, the bacteria lives on leaves, and it is able to digest the methanol that leaves produce in the heat.) “You grow the organism, and there’s nothing it wants to do more than grow—so you keep it happy and let it grow as much as possible,” altering the temperature or other variables to get the desired nutrition. The fermentation process creates a milky broth, “and then essentially you spin out the water,” Feinberg said. “And through spinning and drying, you end up with something like a flour.”

While other fish meal alternatives have looked at plant-based proteins like soy, the kind of product KnipBio is developing has a number of advantages. In terms of sustainability, “our brewery is orders of magnitude smaller” and less resource intensive than a soybean farm, Feinberg said, “and that counts in terms of water consumption and energy consumption too.” Making fish food from bacteria has nutritional advantage too. Consider taurine: fish species like trout and salmon need the organic compound in order to have healthy livers, but since it can’t be derived from plant-based ingredients, labs like KnipBio that can brew it, may be the best non-marine source. 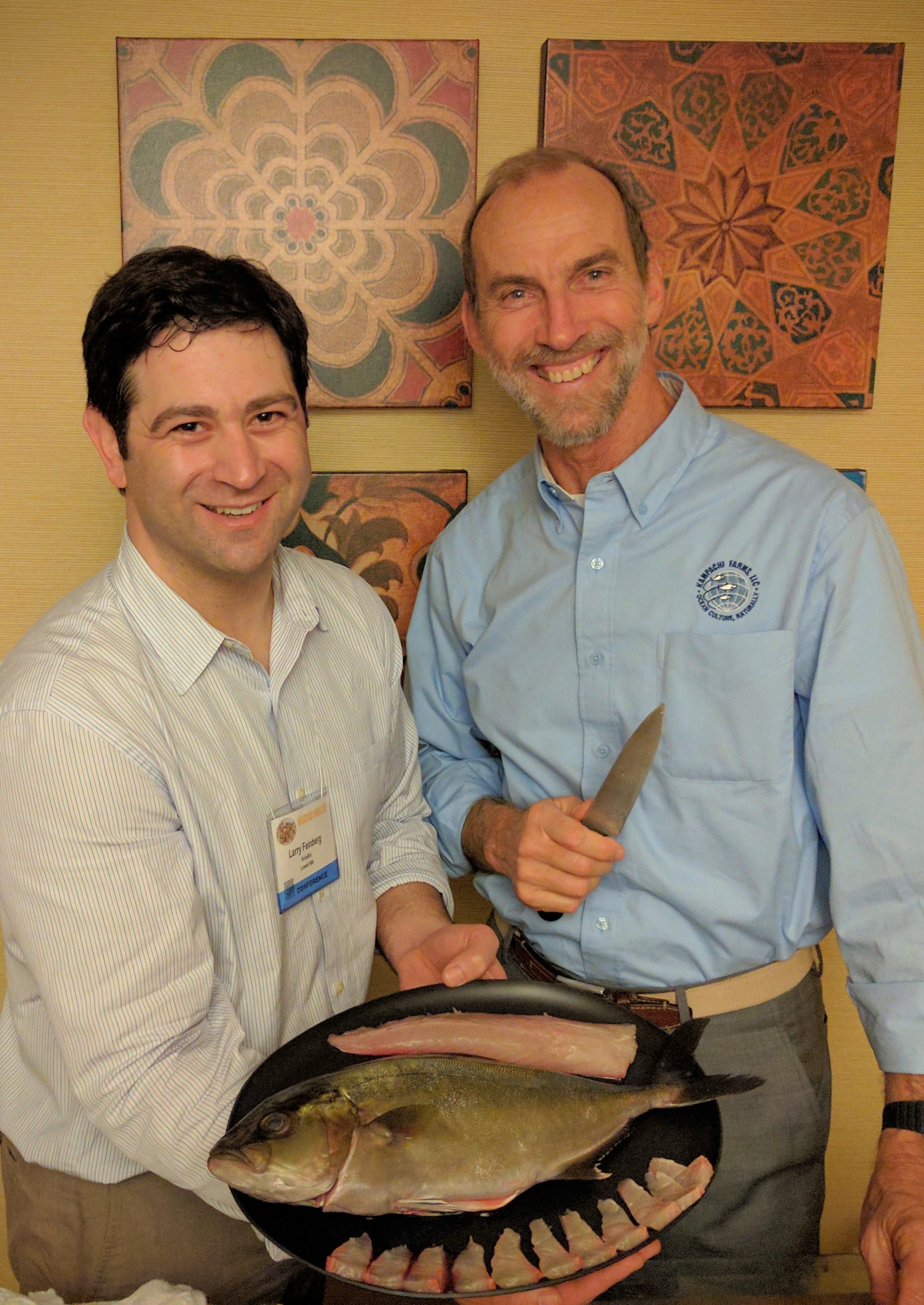 Although it has a competitive edge in a number of ways, KnipBio is still an r&d-based company, and plans to produce a batch of feed approaching commercial scale this summer, with full commercial production following soon thereafter. But as KnipBio is making more product and developing different types of feed, Feinberg wants to get people with as many different backgrounds thinking about how to best run the business—and that’s why he’s looking forward to getting KnipBio onto the Digital Makerspace platform.

“We know what we’re good at, which is biotech,” Feinberg said. “We’re at least just smart enough to know that we don’t know everything else.” KnipBio knows the biology of the bacteria it works with backward and forward, but when it comes to things like nutrition and feed formulation, Feinberg said the company has had a lot to learn. “But there are folks who have spent their entire career on that,” and he would like to tap that knowledge. “If there’s a way to get up the learning curve faster in all of those categories, we’re certainly interested in that,” he said.